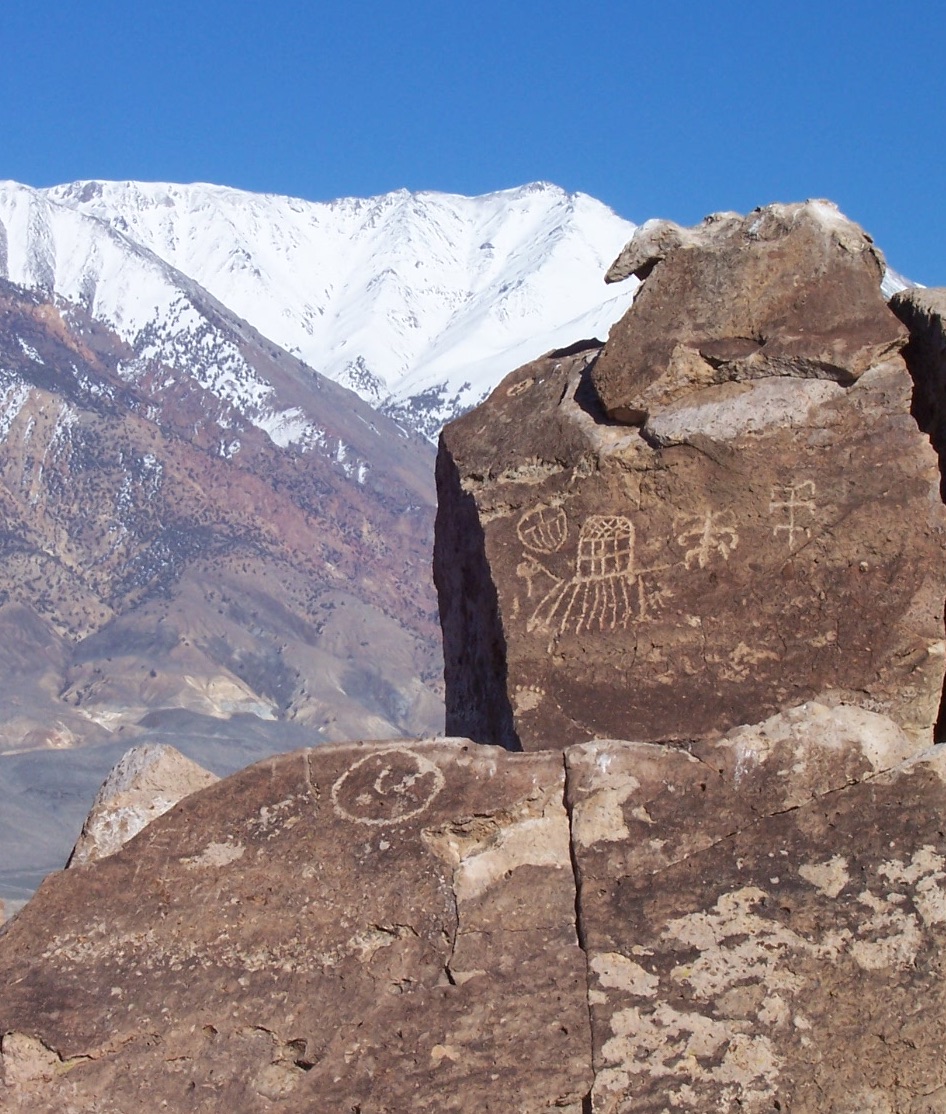 A HISTORY
OF WATER RIGHTS and LAND STRUGGLES

The Nüümü have lived in Payahuunadü “Land of the Flowing Water” since time immemorial.  Prior to arrival of settlers and the City of Los Angeles, the Nüümü lived sustainably and in harmony with the natural environment.  Payahuunadü was rich in luxuriant grasses and was cared for by the Nüümü using ancient irrigation ditches and canals that we had dug by hand.

W.Von Schmidt recorded numerous “Indian ditches” when he surveyed what is now referred to as Owens Valley.  With the arrival of settlers in the mid-19th century, the Nüümü were pushed off lands that we had cared for and that had sustained us throughout the millennia.  Los Angeles’ entry into the Owens Valley led to further decline of the Nüümü way of life.

The chief engineer for the Los Angeles Department of Water and Power, William Mulholland, visited the Owens Valley and saw the Owens River’s potential as a source of water for the growing city. Fred Eaton, a former Los Angeles mayor, began purchasing options on Owens Valley ranches in March of 1905. A bond issue for the construction of a gravity-flow aqueduct from the Owens Valley to the San Fernando Valley (233 miles) easily passed in the fall of 1905. With the support of President Theodore Roosevelt, rights-of-way were obtained so that the project could cross public lands and the boundaries of the Sierra Forest Reserve were extended eastward. Construction of the aqueduct began in 1908 and was completed in 1913.

Executive orders set aside land for the Paiute, including the May 9, 1912. Executive Order 1529 that set aside 67,120 acres for the benefit of the Owens Valley Indians.  This land was later withdrawn by Congress and Presidents Hoover and Roosevelt. On March 1, 1931, Congress passed an Act (H.R. 11969) “withdrawing certain public lands from settlement …for the protection of the watershed supplying water to the city of Los Angeles and other cities and towns in the State of California, and for other purposes”.  On April 28, 1932 Hoover’s Executive Order 5843 revoked Ex. Ord. 1529: “it is hereby ordered that the unappropriated public lands in the townships hereinafter described be, and the same are hereby, withdrawn from settlement, location, sale, entry, and all forms of appropriation, subject to all valid existing rights, for classification and in aid of legislation.” Then on July 16, 1933 Roosevelt (Exec Order 6206) temporarily withdraws the entire Owens River watershed “in aid of legislation for the protection of the water supply of Los Angeles” – including the 67,120 acres of volcanic tableland from trust.

The City of Los Angeles owned approximately 85% of all private property in the Owens Valley. After failed attempts to forcibly remove the Nüümü from the Valley, Los Angeles and the United States worked on deals to solve what Los Angeles referred to as the “Indian Problem”.  The City of Los Angeles offered to exchange 1,511 acres of City-owned lands for 3,126 acres of federally reserved Indian lands. As described by City employees, this plan would serve to concentrate the Indian population on three new reservations (Bishop, Big Pine and Lone Pine) as opposed to having them living on scattered parcels. Also, the lands offered by the City were highly taxed and those to be received from the federal government were not.

1937
On April 20, 1937, Congress authorized a land exchange between the City of Los Angeles and the Department of the Interior (PL 75-43) which resulted in the establishment of a landbase for the Bishop, Big Pine, and Lone Pine Reservations.  The Act authorized the Secretary of Interior to exchange certain lands and water rights with the City of Los Angeles provided that: City lands being exchanged were of more value than the United States lands; allottees must give permission for their lands to be traded for reservation lands; and consent must be obtained from the majority of the adult Indians.

The land exchange concluded on June 26, 1939 when a deed was signed in which the United States government exchanged 2,913.5 acres of land held in trust for Owens Valley Paiute Indians for 1,391.48 acres owned by the City of Los Angeles.  Because the charter of the City of Los Angeles prohibits the sale or exchange of any water rights owned by the City, without the consent of two-thirds of the voters when submitted at an election, the agreement between the United States and the City provided for only an exchange of the lands, exclusive of all water rights.

To provide water for the irrigation of the lands to be received from the City, the City agreed to provide, in perpetuity, 4 acre-feet of water per acre per year to the three reservations (Bishop, Big Pine, and Lone Pine).  This is a contractual water right based on shares owned by the federal government in the Owens River Canal Company and the Big Pine Canal Company that amounts to 5,565.92 acre-feet of water per year for the three reservations collectively.

The Federal Reserved Indian Water Rights were not traded in the Land Exchange Agreement – the parties agreed to address these water rights at a later time because again the Los Angeles City Charter would not permit the sale or trade of its water rights without two-thirds approval by City voters.  The Federal Reserved Indian Water Rights appurtenant to the lands traded in the 1939 Land Exchange remain unresolved.

In addition to the Federal Reserved Indian Water Rights, there are water rights pertaining to the irrigation canals the Indians had made and were using prior to the arrival of white settlers.  The Tribes have yet to assert a claim for the water that was being used in those canals and ditches.

The following briefly summarizes some of the milestones of the water rights negotiations.

To address the impacts of Los Angeles’ land grab, water extractions and diversions on reservation environments the Big Pine Paiute Tribe of the Owens Valley, Bishop Paiute Tribe, Lone Pine Paiute-Shoshone Reservation, and Utu Utu Gwaitu Paiute Tribe established the Owens Valley Indian Water Commission (“Commission”) in 1991.  The Fort Independence Reservation joined membership in the Commission in 1992. Since its inception, the Commission working with its member Tribes, has attempted to reach a settlement of the water rights of the exchanged lands by negotiating with the City of Los Angeles Department of Water and Power and other entities regarding water rights, land acquisition, mitigation measures, and environmental degradation.  The Commission has also worked and continues to work with Tribes in the Owens Valley and Eastern Sierra to protect environmental resources and reservation environments.

In 1994, the Department of the Interior appointed a Federal Fact Finding Team. The Fact Finding Team concluded that the Bishop, Big Pine and Lone Pine Tribes did have a valid claim to the water rights associated with the 1939 Land Exchange and were not receiving all the water they were entitled to on their current reservations and that groundwater pumping by Los Angeles Department of Water and Power (LADWP) adjacent to the Indians’ traded lands were causing the groundwater beneath the traded lands to intermittently or permanently decline.

During that same year the Tribes, through the Owens Valley Indian Water Commission and Bureau of Indian Affairs (BIA), contracted with Natural Resources Consulting Engineers, Inc. (NRCE) to perform an Indian reserved water rights (Winters Rights) quantification study for the exchanged lands of the Owens Valley Indians. The study was performed using the Practicably Irrigable Acreage (PIA) concept. This concept takes into account the historic, present and future needs of the Tribes based on consideration of the land base for irrigation and other uses, water supply from both groundwater and surface water, the climate of the area relative to the adaptability of various crops in the region, costs of facilities to serve water for both agricultural and non-agricultural water demands, and the economic returns to justify the claims of water.

The report, Reserved Water Rights Quantification for the “Exchanged Lands” of the Owens Valley Indian Tribes, was completed in August 1994.  Also during this time, Planning Consultant, Elton J. Olinghouse, performed additional investigations into current and near future water needs of the reservations.  The results of that study were published in a report titled, “Unmet Water Needs of Owens Valley Tribes”.

In July 1995, a Federal Water Rights Negotiation Team was appointed by the United States Department of the Interior to facilitate negotiations on the quantified water rights for the Bishop, Big Pine, and Lone Pine Tribes.  The team consisted of Dan Jackson of the Department of Interior’s Solicitors Office in Phoenix, Robert “Bob” Laidlaw who at the time was working for the Bureau of Land Management, and Curtis Milsap of the Bureau of Indian Affairs, Western Nevada Agency.

In 1997, the Federal Water Rights Negotiation Team negotiated an Owens Valley water rights agreement with the LADWP.  The agreement is commonly referred to as the 1997 Principles of Agreement. The 1997 Principles of Agreement was not ratified by all of the Tribes because it lacked access to “wet” water, infrastructure funding, land acquisition, and the usual benefits found in water settlements.  The agreement was essentially a “paper” water right and would put new restrictions on the existing water the Tribes were utilizing. The Negotiation Team was unsuccessful in assisting the Tribes with reaching an acceptable settlement of water rights. It appeared that the negotiators were doing their best to see that the Tribes received as little as possible.  The Department of Interior declined to address numerous questions and concerns about the proposed settlement that the Tribal governing bodies raised. Because the Tribes would not ratify an agreement that was not in their best interest, the federal government withdrew its support. With the dissolution of the negotiation team, the negotiations came to a standstill. 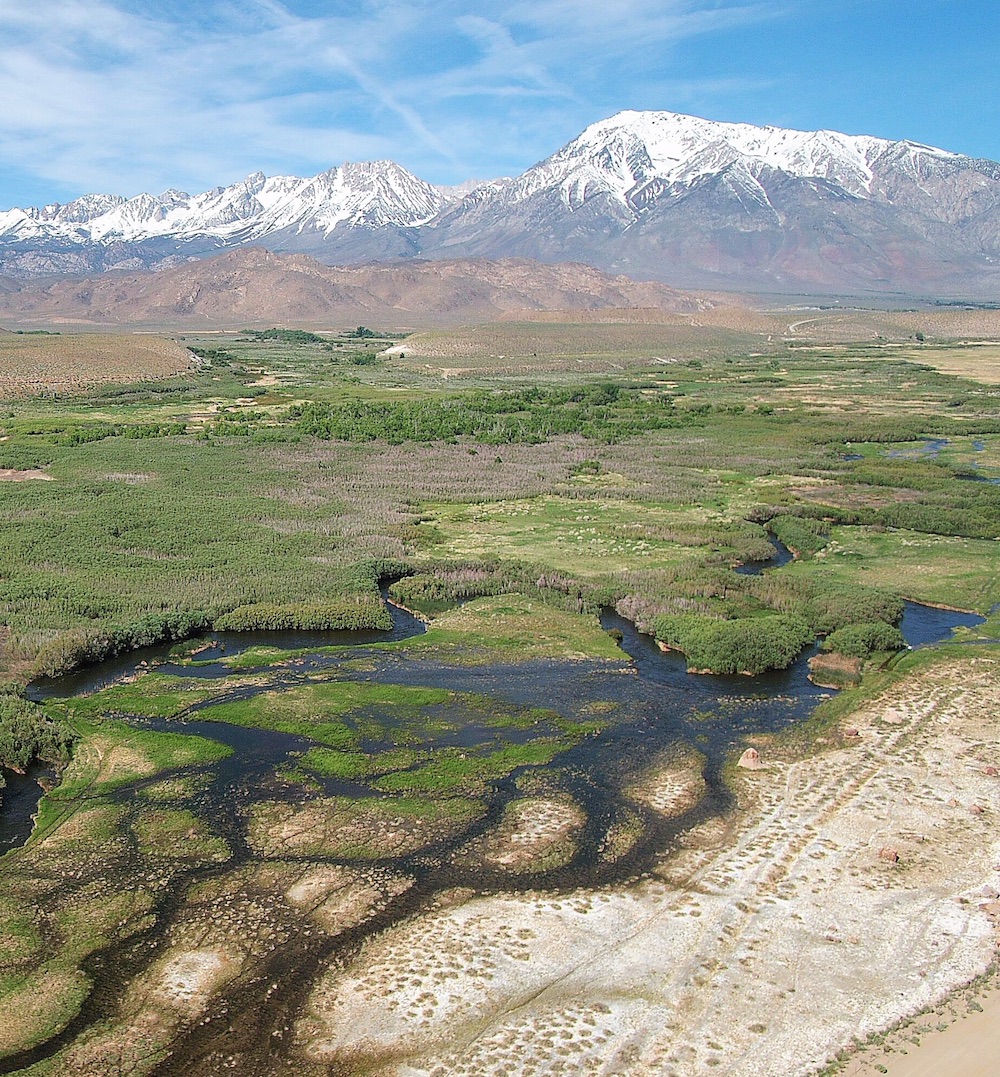 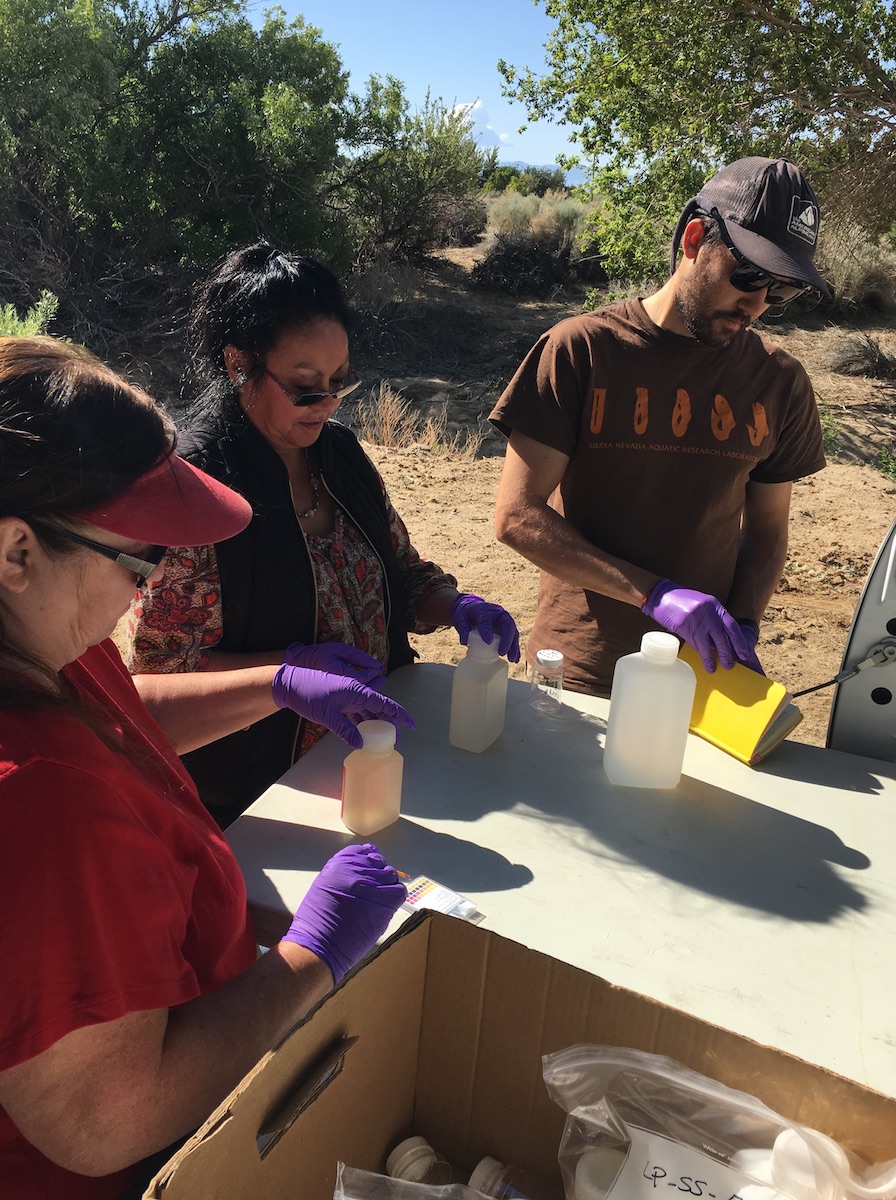 WHERE WE STAND
ADVOCACY CONTINUES

Throughout the past decade, there have been numerous attempts by the Owens Valley Indian Water Commission and the Tribes to work with the City of Los Angeles and the United States to resolve the long standing water rights dispute.  These attempts have not been fruitful and the Tribes’ resources continue to be exploited as the health of the valley declines primarily due to Los Angeles’ groundwater pumping and poor surface water management practices. The Tribes’ current land base is woefully inadequate to meet the existing and future needs of the growing Nüümü population.  Despite these barriers, the Nüümü are asserting their rights. We are working in partnership with organizations and movements to create a healthy and sustainable homeland. We are seeking to claim our First User’s Water Rights and stewardship over lands that we have cared for using our traditional practices since our existence began.

We can’t do it alone.  We need your help. Consider donating your time, expertise, or funds to help us achieve a shared vision for a healthy homeland.