THE LAND
OF FLOWING WATER

The Nüümü (Owens Valley Paiute) are peoples whose ways of being and knowing are intricately and intimately tied to water (paya). For millennia, we have lived and thrived in Payahuunadü, ‘the land of flowing water’ (the Owens Valley), spreading this crucial resource across the land in order to sustain the plants and animals that sustain us in return.

Irrigation, utilizing water from the streams that descend from the Sierra Nevada, was practiced in Payahuunadü for millennia prior to contact with white settlers. We stewarded the valley’s resources and carefully harvested its seed concentrations in order to sustain the land while living upon it. This was a longstanding, ecologically sustainable means of agricultural production.

Payahuunadü was a garden of taboose and nahativa, carefully cared for and worked upon for thousands of years. It nurtured life for countless generations. There were no fences in the valley, no collective sense of ‘ours’ or ‘yours.’ These were, in some ways, unfamiliar concepts to the Nüümü.

The delicate balance that we maintained in our use of water and land was interrupted when settlers came into the valley in the 19 th century. Settlers did not recognize the form of agriculture practiced by our ancestors and only saw land available for the taking. In 1870, an article in the Inyo Independent noted the fertile nature of the soil in the valley (nourished by Paiute irrigation) and claimed that settlers would quickly transform it into “luxuriant gardens, orchards, and green fields.”

Settlers were quick to harness the existing networks of irrigation for their canal infrastructure and, within 50 years of contact with settlers, the distribution of water across Payahuunadü had changed forever. Where the Nüümü required and had been utilizing the full extent of Payahuunadü in their traditional lifestyle, ranchers saw only under-utilization and opportunity, which lead over time to monocrop agriculture, seepage of water into otherwise un-irrigated plots, the draining of marshy areas, pollution of fresh water from stock runoff, the gradual recession of Owens Lake, and the eventual destruction of native seed supplies and the practice of our traditional way of life.

The City of Los Angeles would soon repeat the same pattern of displacement, overtaking existing water uses in order to provide for the City’s growing population. This time, at the start of the 20 th century, it was the ranchers and settlers of the valley who were displaced as well as the Nüümü, who lost their employment on the ranches. The City’s purchase of land and water rights throughout the valley allowed them to remove mass amounts of water from the landscape. By the end of the 1920s, they owned 95% of the private land and water rights in the valley. Soon, surface water alone was not enough to sustain the booming city of Los Angeles, and so the City also began groundwater pumping.

Next, they turned to the lands held in trust for the Paiute by the federal government. Between 1920 and 1930, as agricultural activities decreased due to land sales, many Nüümü who had turned to wage labor as a means of survival were left without work. Living conditions were quickly becoming intolerable. The City of Los Angeles issued multiple reports between 1930 and 1936 regarding the “Indian problem” in the Owens Valley, some recommending relocation outside the valley. Eventually, the City of Los Angeles’ Department of Water and Power recommended relocation to three new homesites within the valley via a land exchange with the federal government.

A variety of factors influenced Los Angeles’ interest in the land exchange of 1937, but one of the primary factors was the City’s observation that all water expended upon agriculture limited water available for their export. It was thus in the City of Los Angeles’ interest to consolidate the Owens Valley Paiute on three reservations (Bishop, Big Pine, and Lone Pine) and exchange its lands with those held by the federal government. This would help to further limit the amount of water that was conveyed in the valley and thus help to minimize loss from irrigation.

Not transferred in the land exchange were the Federal Reserved Indian Water Rights associated with the original 2,913.5 acres of land held in trust for the Owens Valley Paiute Indians, who after the land exchange occupied a total landbase of only 1,391.48 acres. The water the Tribes are currently receiving and using for irrigation is only a contractual water right guaranteeing delivery by the Los Angeles Department of Water and Power. The Federal Reserved Indian Water Rights remain unresolved and are the basis for current negotiations.

The Nüümü (Owens Valley Paiute) are a people born of water. Our oral histories, passed down from generation to generation, tell of the importance of water in our very creation: how our ancestors once lived upon the tops of the mountains like islands and then came down into the valley when the water receded.

Our relationship with this life-giving resource has always been reciprocal. Water has multiple levels of meaning for our people. Our ancestors practiced irrigation with sophisticated sociopolitical organization, carefully managing the spreading of water across the landscape. We used what we needed, but not more. We used water for our everyday livelihoods but also recognized it as a spiritual and medicinal resource. Its purity was carefully protected. Water was also at the center of our relations with other peoples throughout the region. In addition to trade routes across the Sierra, the Owens Lake was itself a center for trade, bringing people from neighboring valleys and all the way from the coast to trade in salt, food, and other goods.

Utilizing streams from the Sierra Nevada, we spread water across the land of Payahuunadü. This distribution of water was central not only to our way of living but to the health of the flora and fauna inhabiting the valley. It was a sustainable form of agriculture rooted in our beliefs and our reciprocal relationship with our environment. Our elders continue to pass down stories that that were passed down to them, describing a lush place, with areas of marshland, fields of tall grasses, and tree cover throughout the entire valley. We thrived amidst that abundance.

Our summer homes and winter homes were constructed using available wood and woven materials. We were (and still are) expert basket weavers. Our skilled hunters sought deer, antelope, and rabbit using bow and arrow. We gathered the seeds of native grasses, grew taboose and nahativa, collected acorns, pine nuts, tubers, larva. The small pupfish that swam in the waters of Payahuunadü were collected, dried in the sun, and in some cases stored in caches to provide for the winter season. 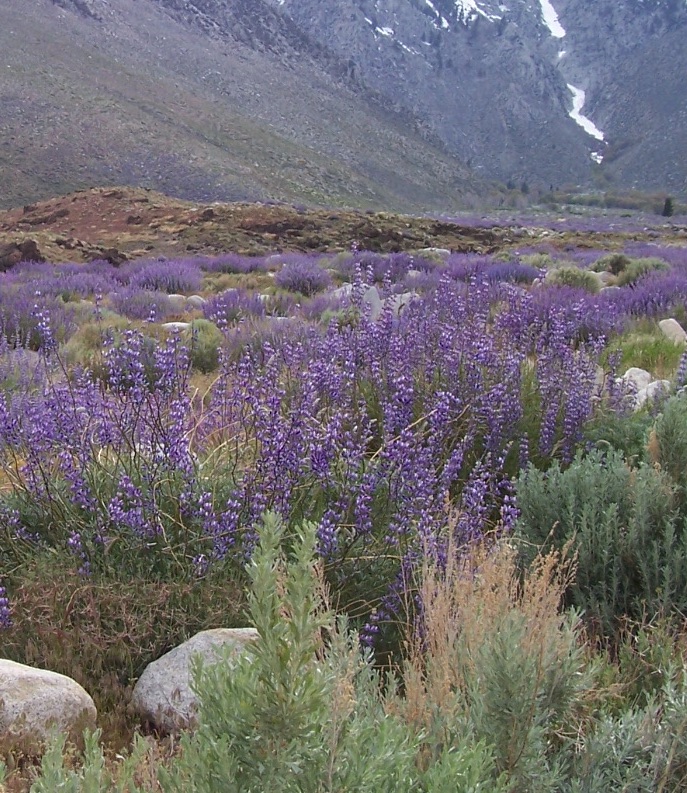 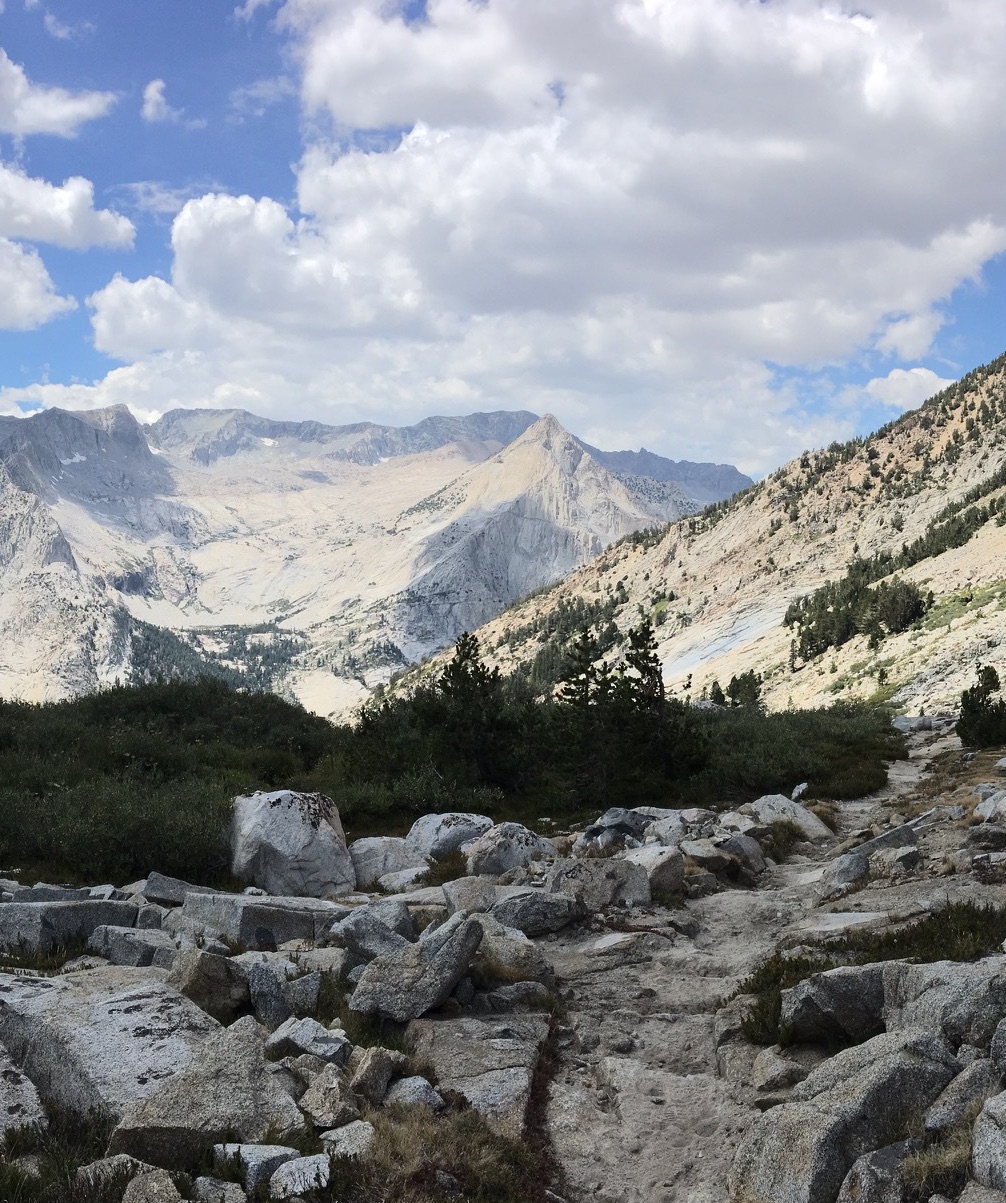 Settlers – drawn to the water and the gold of Payahuunadü – entered the Owens Valley in the 1860s and their socioeconomic and environmental impacts upon Payahuunadü were severe. Conflicts between ranchers and the Nüümü people eventually led to several brutal massacres and forced removal to Fort Tejon. As our ancestors made their way back to the valley, they had little option but to work as labor on the ranches in the valley.

Our ancestors had always relied upon a large landbase in order to properly hunt, gather, forage, and irrigate. Suddenly, we found ourselves excluded from large swaths of our territory as they were fenced off and claimed by settlers. Large portions of our water supply were diverted from our ancient irrigation networks into new canal systems. Stock animals like cattle and sheep polluted springs and trampled the native plants and grasses that had been the staples of our diet.
Our traditional ways of life had been irrevocably disrupted and our means of subsistence undermined.

It is a testament to the strength and resilience of the Nüümü that we are still here and are continually finding ways to overcome adversity. We face many challenges, since today we are restricted to a small landbase reliant on LADWP for contractual water delivery based on the land exchange of 1939. But we continue to fight to reclaim our water rights as an essential part of our cultural sovereignty.

We have lived in this valley since time immemorial and water is our lifeblood. It forms the core of our creation stories, our spirituality, and our way of life. We have a duty to protect Payahuunadü for current and future generations.